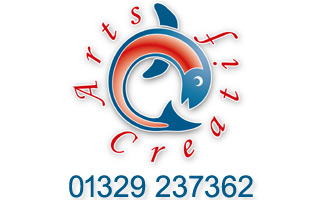 Artscreatif was founded by me! Tim Bicheno-Brown, in 2014, to offer a wide variety of Arts and Crafts.

My experience in technical and creative fields enables me to produce artworks from illustration/artworks to professional model making in a wide variety of mediums. I have been influenced by artisans and artwork since childhood and wanted to follow in their footsteps, so after leaving college trained as a Technical Illustrator/Artist at the Portsmouth College of Art & Design, where I graduated with a Higher National Diploma in Illustration.

After working in the M.O.D. for six years in the graphics office I was made redundant, so I freelanced in the UK and then Canada working on a wide variety of technical illustration projects, before returning to the UK.

My interest in aircraft came to the fore when I applied and was very lucky to be offered a job with the famous aviation journal 'Flight International', working as the Editorial Artist - then Senior Artist on the magazines. This involved liaising with journalists to create artwork to go with weekly news stories. Then I was promoted to produce artwork for Flight's famous aircraft cutaways, for companies such as: Boeing, Embraer, Airbus, Bombardier, Dassault, Gulfstream and Bell/Textron helicopters. I left Flight in 2014 after 13 years due to (yes!) redundancy, or “An opportunity to go freelance”!

So I set up as an artist trading under the name Artscreatif while still continuing illustrating cutaways for Flight International as well as producing a wide variety of commissioned artwork in a variety of mediums.